A well-dressed man walked into a jewelry store in an upscale town in Boston’s South Shore area. Articulate and professional in demeanor, he produced from his pocket a high-end luxury watch. He asked the store’s owner whether the owner would accept the watch as collateral for a $6,000 cash loan. Unfortunately, the story does not end there.

The man had the watch’s box, paperwork, and warranty information, and he pointed out a unique feature of the watch to attest to the timepiece’s authenticity. 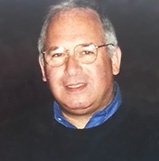 Because of his orientation toward building relationships with customers and fostering their loyalty, Steve Blumberg (photo at right), owner of Stephen Leigh Jewelers, listened to the man’s story and considered providing the loan. The man asserted that his wife had just called to inform him of a major plumbing malfunction in their home, and that he temporarily needed some emergency funds to pay for the urgently required repairs.

After carefully examining the watch and having the customer complete the requisite paperwork, Blumberg agreed to provide the $6,000 cash loan.

“Not long after he left, I noticed that he had scratched out some information on the paperwork while I wasn’t looking. That was a glaring red flag, so I tried contacting the customer. None of the contact information was legitimate. Next, I sent the watch to a local watch expert who is renowned for his ability to identify counterfeit watches.

Unfortunately, the expert confirmed my suspicion — the watch was a fake,” Blumberg said.

The expert had identified some telltale signs of counterfeit that are detectable upon some minor disassembly of the watch. “Many jewelers, including me, don’t have the right tools for disassembling this type of watch,” Blumberg said. “And even with the right tools on hand, the fear of damaging the watch is a deterrent.”

According to Blumberg, his friends in the jewelry industry were quick to respond. “My Jewelers Mutual agent, Bill Genovese of Child-Genovese Insurance Agency, Inc., has been all over this since it happened. He has done everything in his power to help us find this guy,” he said. Blumberg reported that Jewelers Security Alliance (JSA) has also been highly responsive and is pursuing some leads.

Unfortunately, Blumberg has been disappointed in the police response so far. “They have so many other crimes to handle that something like this doesn’t always rise to the top of the priority list,” he said.

The investigation continues. Meanwhile, Blumberg has some advice for his fellow jewelers:

He urges jewelers not to let their enthusiasm get in the way of thorough examination when a customer comes in looking to sell an item, collateralize a loan, or do a trade.

“It’s easy to get excited when the customer has something of value that you believe you can profit from, but you really have to slow down and pay attention,” he said.

“Double-check the I.D. information that the person provides. When someone gives you a home phone or cell phone number, call it on the spot!” he said.

Blumberg also urges jewelers not to underestimate the sophistication of their adversaries. “They’re masterful at this. The counterfeit watches are believable and the criminals know how to present themselves as legitimate customers,” he said.

Based on his contacts with other jewelers who were similarly victimized, Blumberg believes these crimes are the work of organized groups. “This is worldwide,” he said.

Blumberg also recommends using experts to authenticate the items that are brought in for sale, loans, or bartering. “After this experience, we’re now asking the customer to leave the item with us so we can authenticate it. We provide a receipt the way we do when we take in an item for repair.”

Finally, Blumberg stresses the importance of establishing a close relationship with local police. “If they know you and understand your business — including its unique risks and the unusually high retail values involved — they’ll be better prepared to evaluate the seriousness of the crime and to investigate it."