3 Real Proposal Stories That Will Melt Your Heart

Need a little proposal inspiration? Look no further than these three real-life proposal stories from some of our own at Jewelers Mutual.

If these don't make you want to get engaged all over again, nothing will.

Shelby designed her own ring for a work project. Little did she know that ring would be hers in a few short months. 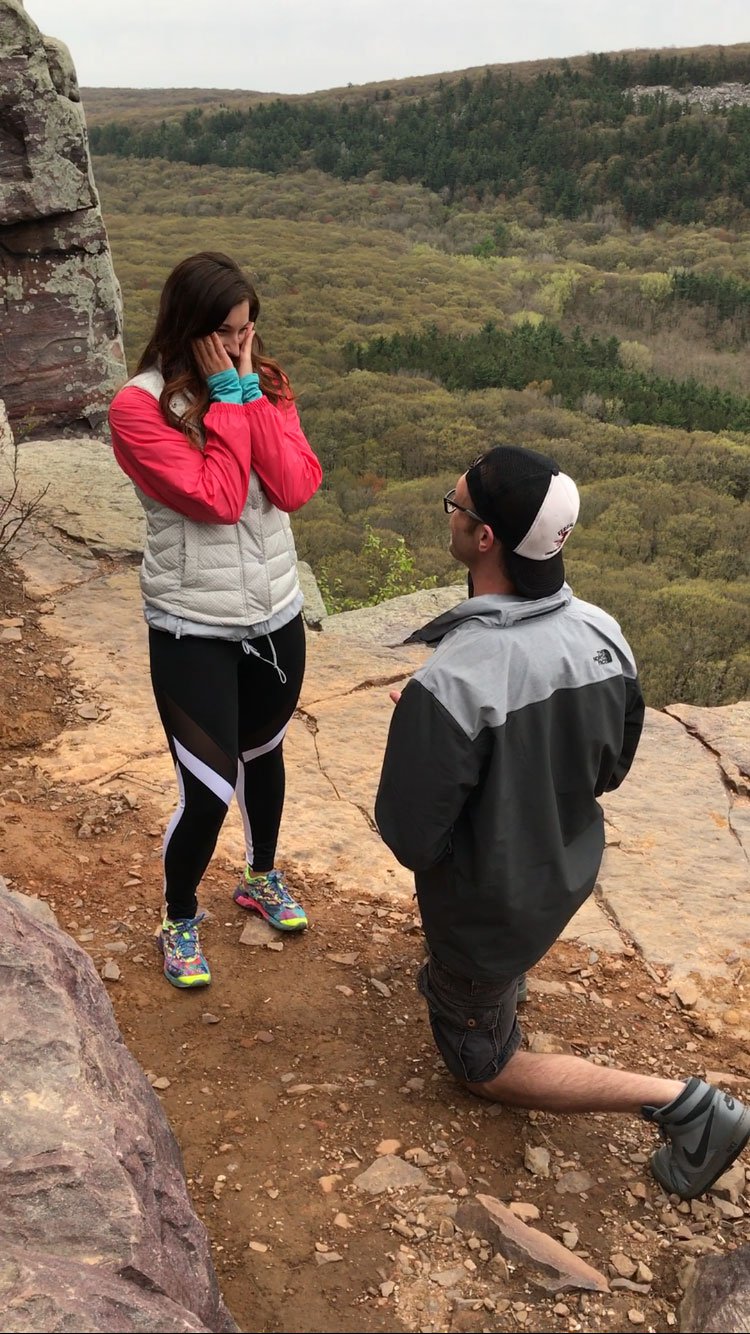 "It all started when Zach reached out to my coworkers for help picking the perfect ring. One morning, my coworker and I were researching the custom-ring process. We decided to visit a local jeweler to test out the process ourselves.

"Little did I know this was all part of a bigger plan.

"A few months later, we went hiking with friends at Devil's Lake State Park in Wisconsin. It was supposed to be cold and rainy that day, but I was too excited to be with friends to let the rain scare me away.

"The hike up the cliff was beautiful with no rain in sight. Once we got to the top, we stopped ata  looking point and I suggested that Zach and I take a picture together. We got situated for our picture, just a few feet from the edge of the cliff, and he got down on one knee and asked me to marry him.

"Everyone was crying, laughing, and giving out hugs. To top that off, he surprised me with a cookout with our entire family when we got back to the bottom of the cliff.

"It was the most magical day of my life."

Leigha planned on bow hunting, but didn't realize she would be coming home with a ring.

"My fiancé, Vinny, and I are both avid bow hunters. During fall, we spend a great amount of our time on my grandparents' farm, often sitting in the same tree stand while we deer hunt.

"One Saturday, we both suited up in our camouflage clothes and face paint to prepare for an evening hunt.

"It's an hour drive from our house to the farm and we were running very late. By the time we arrived, I was ready to spring out of the car. Instead, I waited patiently for Vinny to finish getting his bow ready, and as soon as he was done, I bolted out ahead of him toward our stand.

"I'm sure he was panicking at this point because of his plans to propose, so he did the only thing that he knew would get me to stop walking and asked me to take a picture with him.

"Since I'm a photographer, yet he never asks me to take a picture with him, I jumped on the opportunity.

"As he held out his phone to take the photo, he said, 'I know this place is special to you.'

"He put his phone down and replaced it with a small red box as he got down on one knee.

"'And I want it to be special forever. Will you marry me?'

"I was completely shocked! I asked him if he was being serious because I couldn't believe it was happening.

"I put my bow down and burst into tears of joy, and said yes, of course. Our hands were shaking as he put the ring on my finger. We were both on cloud nine.

"I couldn't stop talking about it on our way to the tree stand. There was no way I could focus on hunting that night. I am very thankful to have him in my life. The proposal couldn't have turned out better in my eyes!"

Jen just couldn't wait and went on a search for the ring in her own apartment, while her now-fiancé looked on. 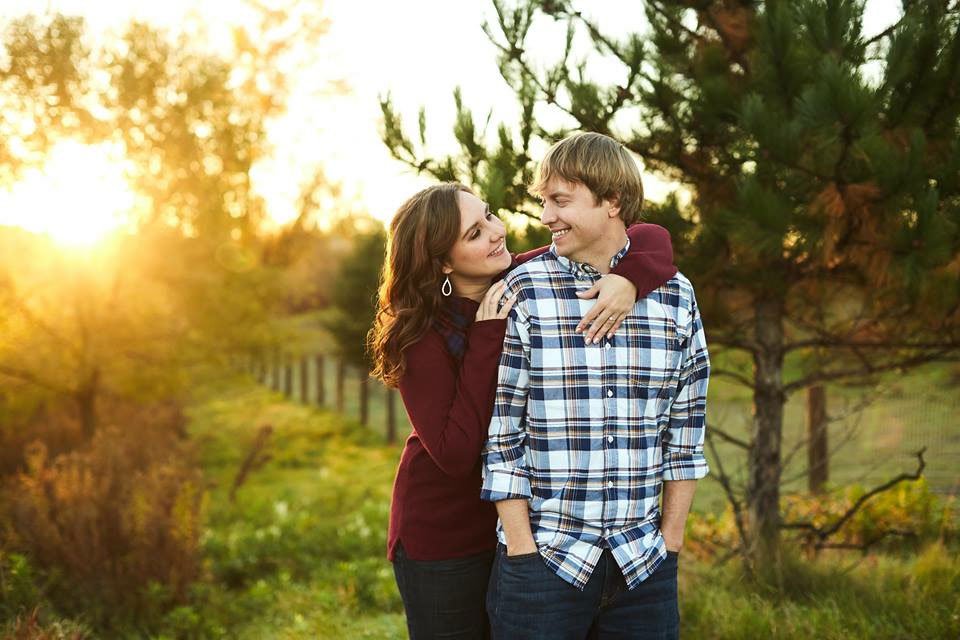 "I knew a proposal was coming. We had discussed getting engaged.

"However, I am one of the most impatient people on the planet and I hate waiting for surprises.

"I had just moved back to our home from working in Milwaukee for a few months, and I knew the ring was hidden somewhere in our apartment. It took all of my inner strength to not go searching for the ring every time he left.

"One night,  we were watching a movie and I just couldn't wait any longer. I looked at him and said, 'Would you just do it already?!'

"I jumped off the couch and we started playing the 'hot and cold' game. Each room I went in, he kept saying, 'cold, colder.' I thought I had checked all the clever spots, until I got to the kitchen and he said, 'Okay, you're getting warmer now.'

"I should preface this by saying my now-husband loves small appliances. We have all these gadgets that have never been used taking up cabinet space - quesadilla maker, fondue pot, panini press, and the worst one - the bread maker.

"I searched every cabinet and drawer, even the freezer. Nothing.

"Only one more place to look.

"My eyes went up to the very top of the kitchen cabinets to that bread maker. I looked back at him and he just grinned. So I climbed on top of the counter, reached into the bread maker and found a little box.

"By the time I climbed down and turned around, Andrew was down on one knee in the middle of our kitchen.

"Now, of course, I can never get rid of that bread maker."

Are you waiting to propose or be proposed to? Tell us about your dream proposal!

Been there, done that? Share your story in the comments.