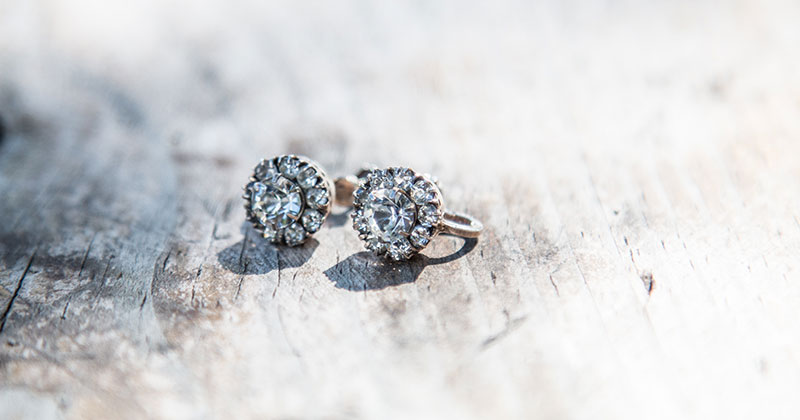 April showers bring May flowers, but this month also brings another natural beauty we’d be remiss to dismiss. It’s time to celebrate April's birthstone, the diamond, the most desired birthstone of them all.

History and beliefs around the diamond

The diamond’s uniqueness has inspired legends. It’s been said that the Greeks saw diamonds as teardrops from the gods. Romans thought diamonds came from the falling stars that tipped the arrow of Eros, the god of love. For Hindus, diamonds were the lightning that armed the hand of the god Indra.

During the middle ages, it was said that diamonds could hold healing powers. People thought that the diamond would draw out harmful toxins from the body once they heated the diamond and took it to bed.

Where are diamonds found?

The diamond is the oldest of all gemstones, as well as the hardest substance known to man – made of carbon that is crystallized deep within the earth. Diamonds are mined all over the world, but most notably South Africa, the Democratic Republic of the Congo, Botswana, and Russia.

Russia opened its first major mine in 1960 (then known as the Soviet Union) and is now considered to be one of the top diamond producing countries.

What about color diamonds?

Year after year, the allure of natural color diamonds continues to escalate, and are found in every shade imaginable. Celebrities like Katy Perry and Princess Kate have proudly shown off their fancy colored diamond engagement rings.

Geology.com states that "Colored diamonds are diamonds that have a noticeable bodycolor when viewed in the face-up position. Brown and yellow are the most common colors in natural colored diamonds. Diamonds with natural pink, blue, orange, green, red, and violet body colors are extremely rare."

The Natural Color Diamond Association does a great job providing information on each color variety, and the science behind why those diamonds are certain colors.

To many of us, diamonds symbolize true love, the start of new beginnings, and life’s special moments. To others, diamonds are simply the perfect accessory for everything from the little black dress to a T-shirt and blue jeans.

Do you have an April birthstone? What’s your most treasured piece of diamond jewelry?