Crazy Facts About NBA Championship Rings to Impress Your Friends 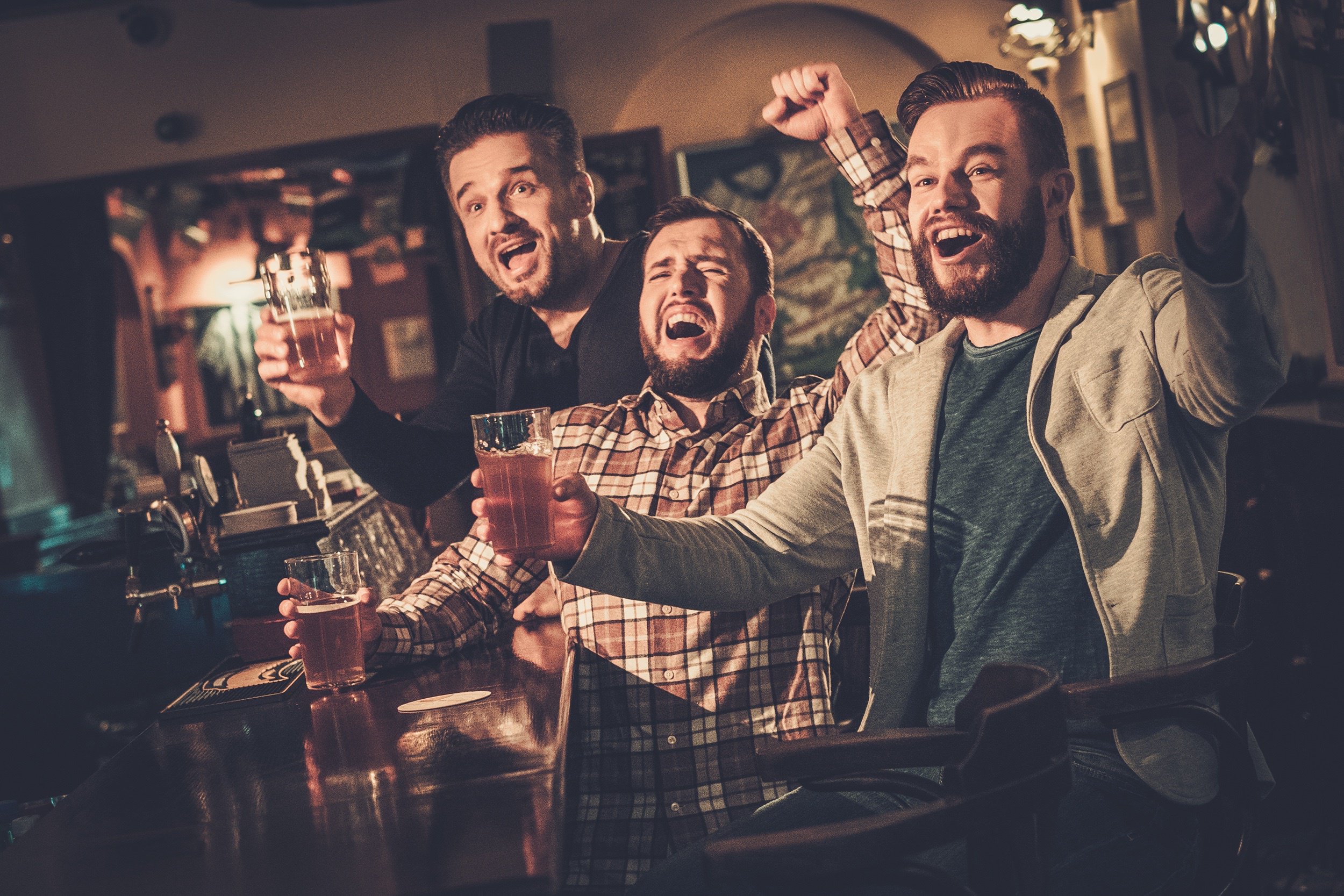 You're out with the guys watching Steph Curry clean up during the NBA Finals. The announcers are fawning over the Golden State Warriors' impressive run through all of 2015 and 2016. They cut to a shot of the 2015 NBA championship ring.

Your friend says, "Couldn't they come up with a better prize for these guys than a gaudy ring?"

You jump in and explain the astonishing symbolism and craftsmanship behind every detail of NBA championship rings for the last six years.

Jaws would drop. Rings suddenly don't seem like such a "lame" prize anymore.

Let me help you be the hero. Or at least the winner of Thursday night sports trivia.

Check out the rings below and discover the incredible stories behind each of them. Whether you’re a basketball fan or not, you won’t be disappointed.

Leather? In a ring? While it might not have much market value compared to the rest of the ring, the significance is priceless.

Pieces of the Game 7 ball from the 2010 NBA Finals are embedded in the Lakers' rings. Gemstones and precious metals can’t replicate that level of meaning.

Leather aside, the rings are decked out with some serious bling. Sixteen round brilliant diamonds and a special batch of 16 carat gold symbolize their 16th championship. Even the ring boxes are decked out, complete with LED lights and a rotating platform.

And the customization didn't end at the team level. Each ring has a 3-D sculpture of the player's face!

Well … yeah, you’re exactly right. Basically, he said, “Give the players whatever they want.”

Each of the rings have 257 diamonds, totaling almost 10 carats, and three ounces of 14 carat gold.

The Heat's team motto “All In,” with every player's number around it, is inscribed in an outline of the trophy on one side of the ring. The other side has two diamond encrusted trophies, signifying the franchise total at the time.

The Heat logo appears on top of the trophy, completing the ring face.

Each player's ring took 18 different people 9 to 12 hours of painstaking labor to create. A labor of basketball love.

Now three diamond-clad Larry O’Brien trophies have to fit on one side of this ring. What a problem to have.

Beneath the trophies is the word “family.” As team president and NBA legend Pat Riley put it, “It’s symbolic of something that’s bigger than just the championship in that it’s 300 people in the organization versus just 15 players.”

The flip side features an outlined trophy with the player's name, the words “back-to-back” around it, and the Chinese symbol for “sacrifice” underneath.

Why Chinese? The Heat’s season began in China and many players sacrificed money and playing time during critical contract years to win a consecutive title.

The inside honors both the team’s franchise-best 66-16 record and their dominating 27-game winning streak. Finally, the top of the ring shows the Heat name placed over their trophies.

Head to NBA.com to view the Making of 2013 Championship Rings.

One side of the ring features the player's name and number and the NBA logo, while the other displays five diamonds.

The diamonds seen scattered above a hammer breaking open a rock symbolize the team’s total number of championships to date.

(The hidden meaning behind the hammer and the rock stands for “pounding the rock” – which, if you’re not a basketball junkie, means being physical with the ball.)

The top features another logo-and-trophy overlay, but unlike the Heat, the Spurs logo encompasses nearly the entire face, covering most of the trophy. The inside inscription simply says “good to great” - symbolizing that they overcame their woes from the prior year and took care of business this time around. 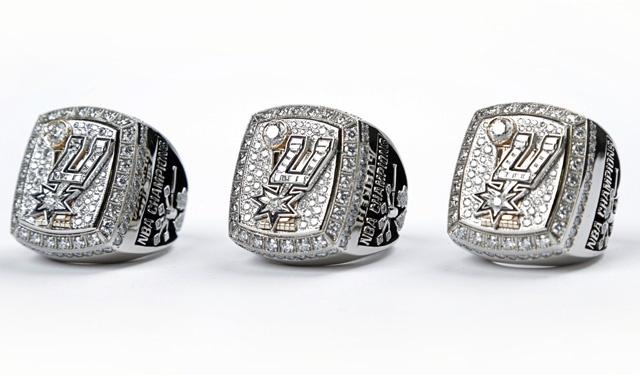 Here are 11 stunning features, in the order of most impressive – from “Hey, that’s pretty cool!” to “WOW! Is this real life?”:

Now that you're armed with more NBA championship ring knowledge than you'll ever need, go ahead and pull a full shock-and-awe on your buddies at your next happy hour.