It all happens so fast, sometimes the most prepared jewelers can fall victim to a smash-and-grab robbery.

Even with a solid overall security program, rarely is any jeweler without a point of weakness. For some, this weakness happens to be jewelry showcases — which are also the last lines of defense in the event of a smash-and-grab.

Sophisticated criminals will extensively case jewelry businesses to determine the path of least resistance for committing their crimes. They will know the layout of the building, where the most valuable merchandise is located, the exact value within each showcase, and even how much force is needed to break the showcase glass.

Or they think they do.

Some smash-and-grab attempts have been foiled because, as the robbers attempted to smash the jewelry showcases, they were stopped dead in their tracks. The glass wouldn’t break as quickly as they thought and they fled before authorities arrived — with little to no merchandise.

The main reason for this strong protection is because these jewelers had both durable showcase construction and the most resilient glass installed. Having one without the other could be easily compromised by a few forceful blows of a sledgehammer.

Why is the type of glass important?

Manufacturing technologies have made some types of glass nearly impenetrable, yet basic, weaker materials still exist and are used for applications that don’t demand as much security. There are three general classifications for glass used in showcases, but jewelers should only consider one for optimal security.

The most common type of glass used in general construction is annealed glass, otherwise known as plate glass. 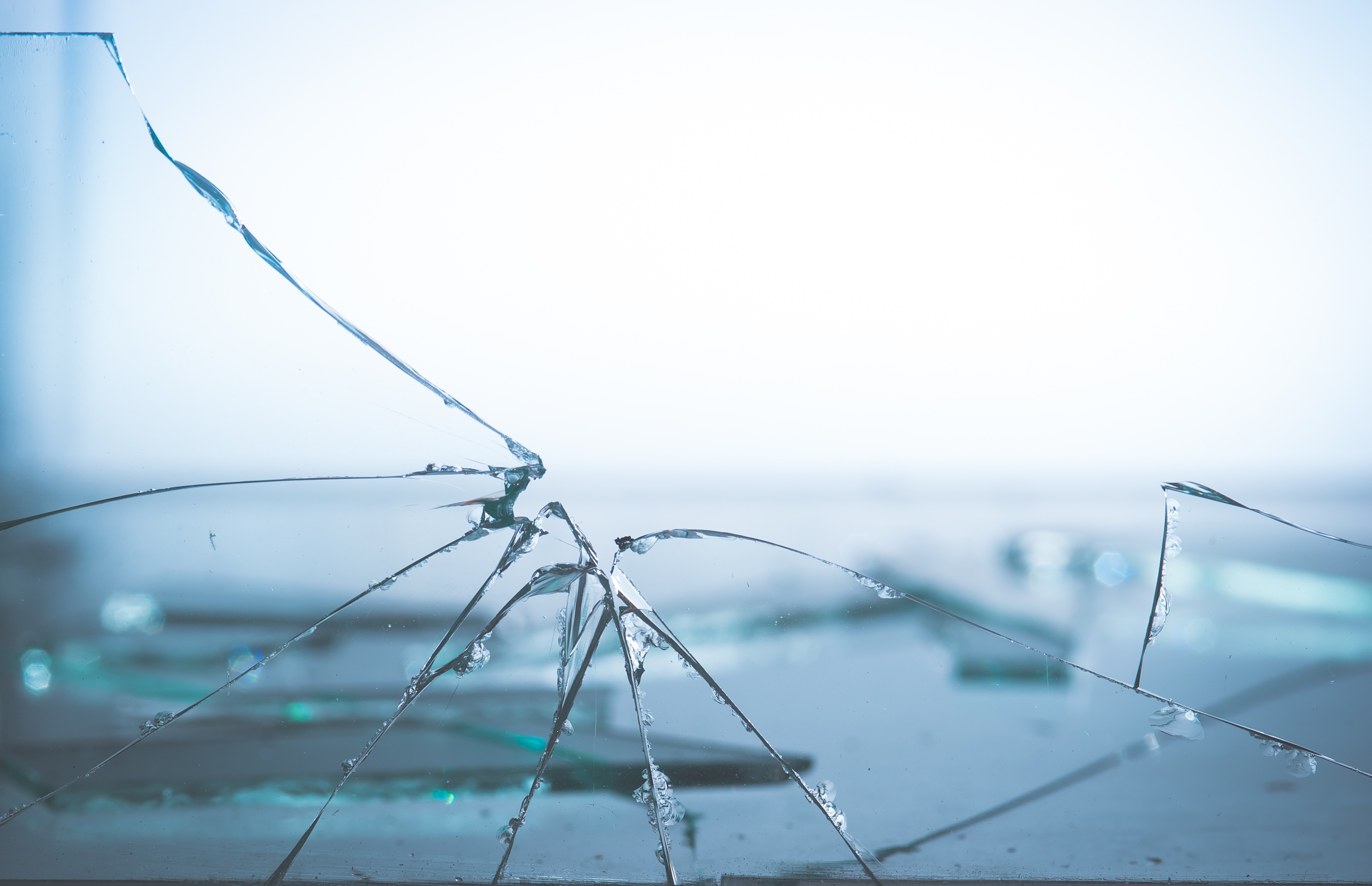 Since showcase manufacturers may work with clients that display significantly less valuable items than jewelry, this option is a widely available and cost-effective when used in a display showcase application. However, it provides virtually no security, as only a minimal amount of force is needed to break the glass into several large pieces.

Another type of material regularly used in showcases is tempered glass. It is also referred to as safety glass, because when it broken, it fractures into small, similarly sized pieces that are relatively harmless. 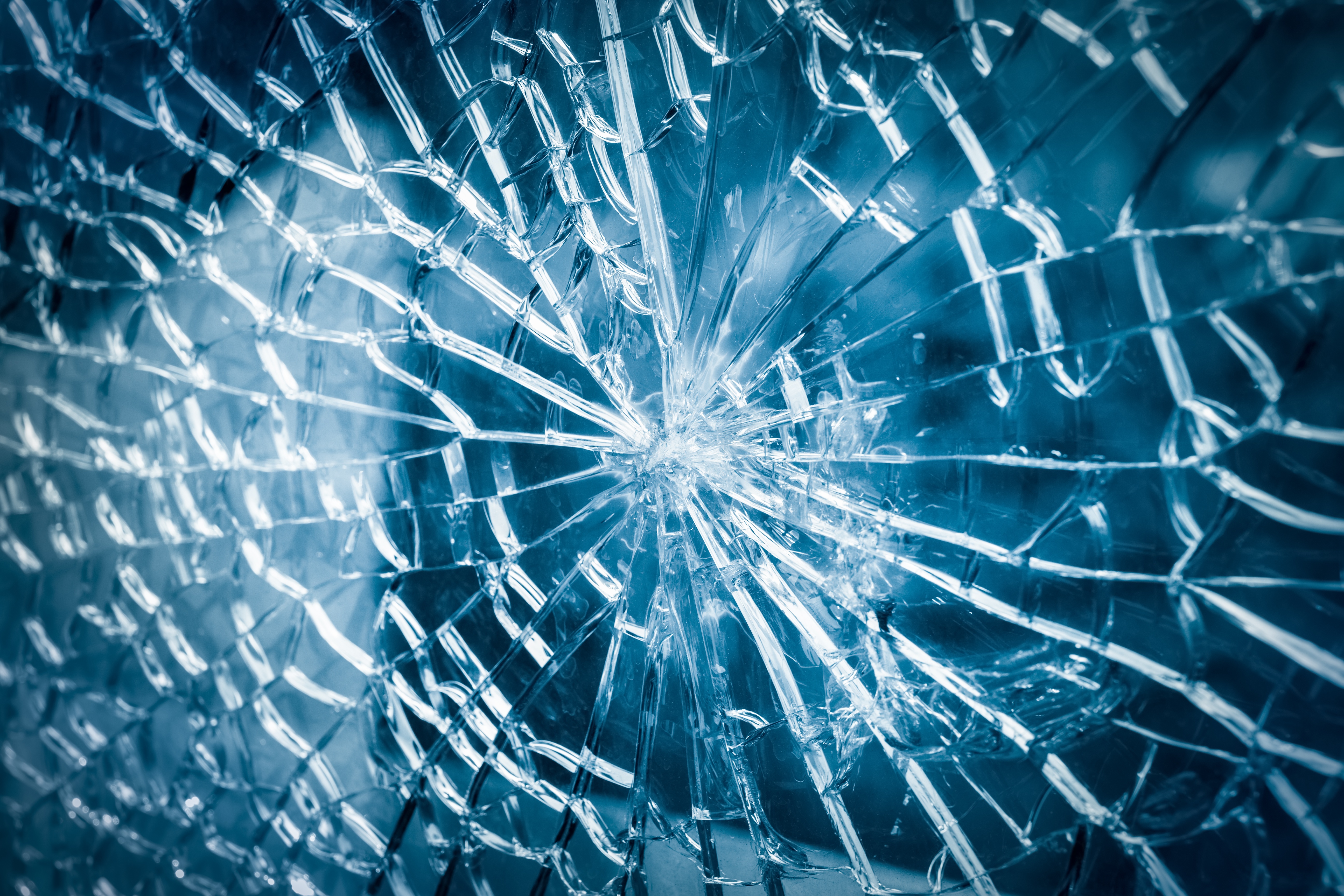 Unfortunately, it does little to safeguard the jewelry beneath it. While tempered glass is roughly four times stronger than ordinary annealed glass, it still does not take much force to break it.

Applying the science behind tempered glass, laminated glass is designed to break into extremely small pieces that hold together when shattered. This is achieved by sandwiching an interlayer of adhesive material in between two or more layers of glass.

The glass that is used comes in different thicknesses and a variety of interlayer materials may be used. 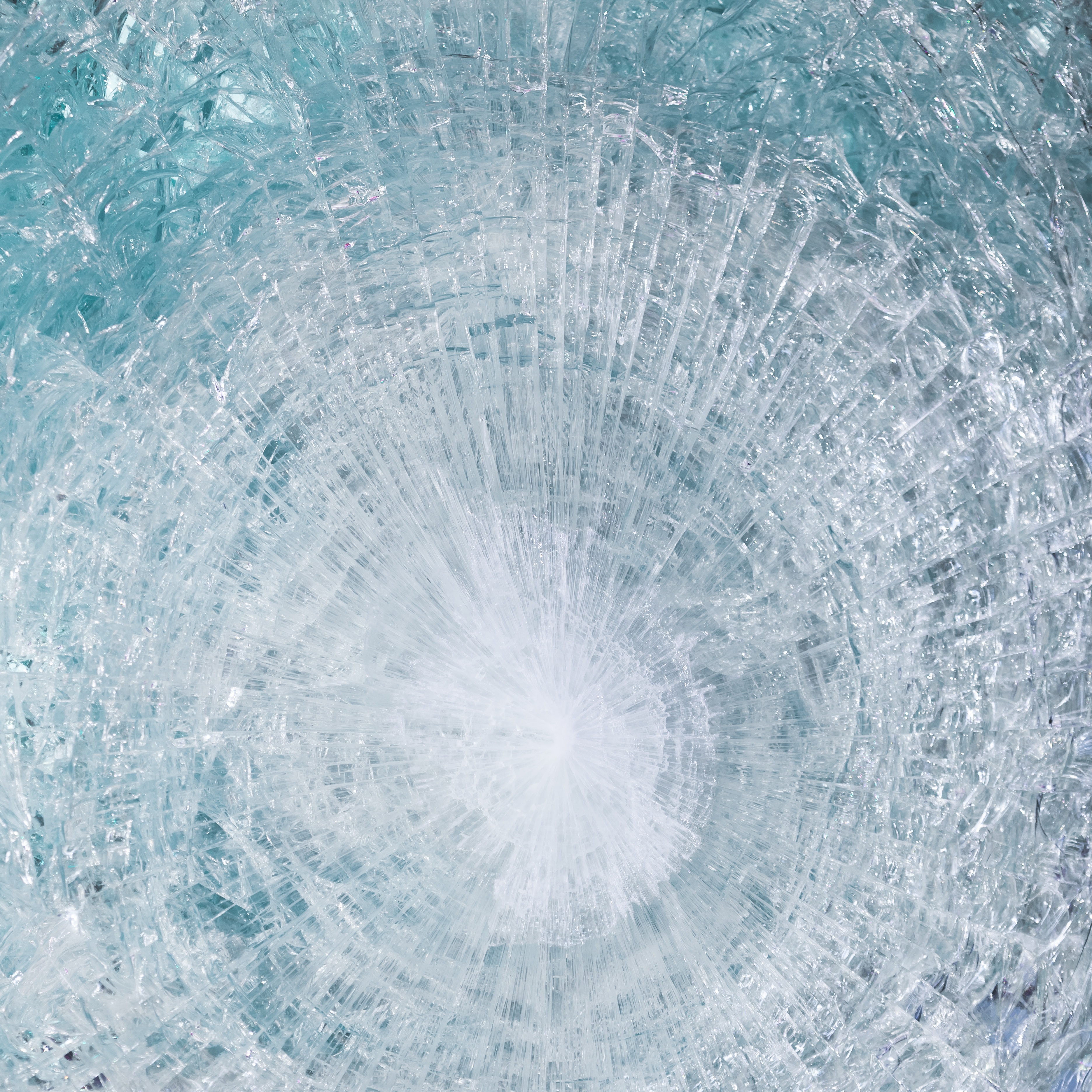 The thicker the glass and the more interlayer material that is used, the more force is needed to break it. When installed correctly, this glass will produce a characteristic “spider web” cracking pattern after a blunt force is applied.

Even if a criminal spends a considerable amount of time attacking the showcase (which in a smash-and-grab could be less than only one or two minutes) and does compromise it, there’s a good chance that only the portion of the showcase they‘ve targeted will be exposed. Therefore, they may have the opportunity only to reach their arm in and escape with a handful of merchandise, rather than the whole display.

Why is showcase construction important?

Your business could use the strongest glass ever created, but installing it incorrectly could lead to failure.

The most secure showcases have glass assembled into all sides of the fixture and glazing material securing all sides with a full bed of silicone that is applied during the installation. All materials should also be UL certified.

Some displays have an “open end” design wherein the glass spans across several cases resulting in a glass-edge-to-glass-edge joint. The glass sitting atop the showcase is secured only at the back rail of the jeweler’s side of the unit and the glass in front is secured only on the bottom of the customer’s side. This “L” shaped assembly will collapse regardless of the glass’s ability to resist impact.

As you can imagine, welded glass cube showcases can also be easily compromised due to their construction. While these models have become increasingly popular with jewelers due to their aesthetics, special considerations should be considered when using them. Like other showcases, the glass should extend into the showcase fixture and it should also be bolted to the fixture. 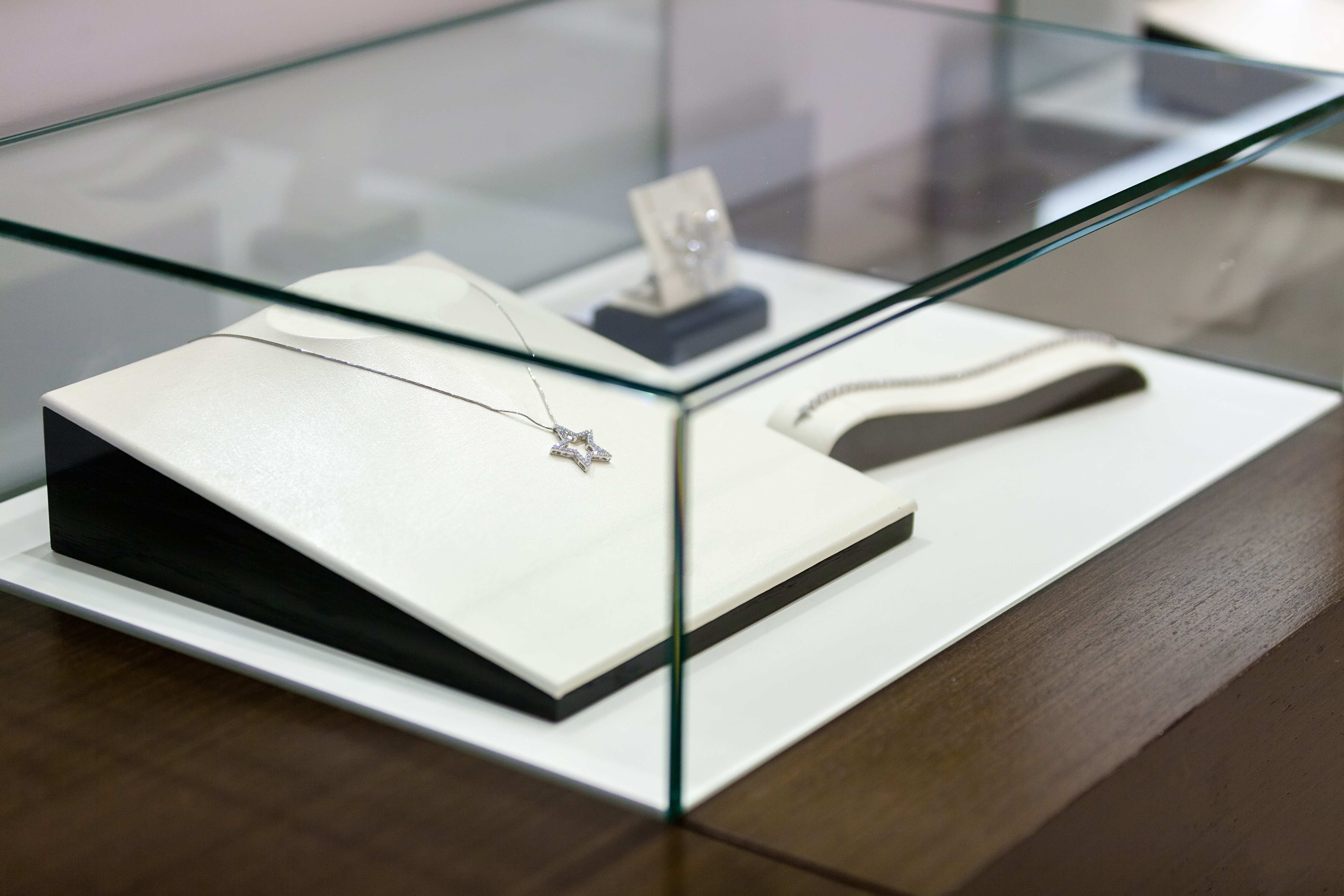 Remember, if your business carries high-value and commonly targeted merchandise like luxury watches, you’ll be better prepared by asking “when will the crime strike?” as opposed to “will the crime ever strike?”

In the end, installing showcases properly and using quality glass could be your only hope of mitigating a potential disaster.

To ensure that your jewelry showcases adequately protect the merchandise that your business carries and that you have the proper insurance coverage to match, get in touch with an expert who can provide meaningful advice.

Hi Vino! Is there something I can help you with?

We can help you protect your merchandise, with our high security showcases. You may visit our website for more details, or call me at 314-343-8950.