The Future of Jewelry Store Security: What Jewelers Might See Next

As technology impacts everyone's lives to make things easier and more efficient, some applications of exciting new tech lag behind the market.

That's often the case for small to mid-sized businesses, especially when it comes to security.

As new technology is developed and deployed where demand is greatest, older (but still useful) technology can begin trickling down. As this trickle down takes place, it can have a huge impact on jewelry store security.

Here we'll take a look at four areas of physical and electronic security that could benefit from advances in manufacturing processes, as well as the Internet of Things (IoT).

Today's cost-conscious jewelers will probably opt for showcase displays that feature plate or annealed glass. Unfortunately, they probably don't realize that neither of these materials take much force to be broken.

Thankfully, advances in manufacturing are bringing the cost of some laminated glass applications down to an attainable level.

First of all, the thicker the glass and laminate material, the more resistant the showcase will be to a smash-and-grab attack.

The thickness of the glass usually begins at 1/4 of an inch, with 3/8 of an inch being most common. However, some showcases have 1/2 inch or greater now, and some of the glass is also chemically tempered, which increases its strength.

Is there an IoT application?

A technologically advanced showcase was displayed during JCK Las Vegas 2016's Store of the Future, but only as a concept. 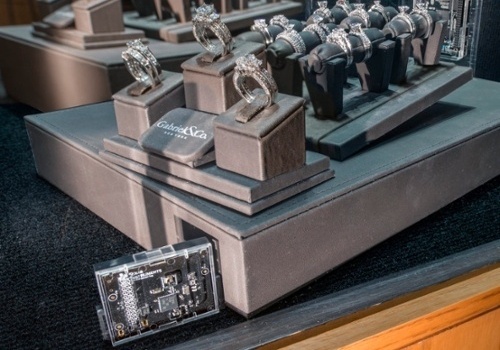 The showcase was fit with built in sensors that detected patterns in movement, light, weight, temperature, humidity and pressure - and if they reached a predefined threshold, would send notifications out to staff, owners, and authorities.

Having this information could potentially alert a jeweler of suspicious activity that precedes crime, resulting in actions to rotate merchandise or add security near those displays.

Entering the digital age meant that jewelers could transition from video tape and DVD recordings to backing up surveillance footage to the cloud.

With other technologies available today that are associated with cloud computing, new possibilities are available for not only storing footage, but also for recording and analyzing it.

These three things have already been applied to larger retail operations and are likely to advance because of the IoT:

In an article published by Loss Prevention Media, a large-scale retailer and security experts weighed in on how these advancements are changing the crime prevention landscape.

Here's a hypothetical example of how these technologies could impact jewelry store security:

After reviewing your camera footage, you realize that a theft went undetected. You promptly capture an image of the suspect and flag it in your database. A few days later, the same suspect tries to come back to repeat a similar crime, but the camera system recognizes him as he enters and sends an alert to your store employees.

Now suppose that instead of coming back to your business, he instead targets another jeweler in your area. With a connected IP camera system, the alerts could be shared with their staff too.

After collecting troves of data over time, you and your friends and neighbors in the jewelry industry are now instantly connected to information such as time-of-day crime trends, commonly targeted merchandise, and patterns of suspicious casing behavior that could detect a potential crime before it occurs.

It should be noted, however, that there many privacy concerns associated with this technology and its implementation isn't dictated solely on availability and cost — you must be prepared to handle the confidentiality of your customers and other legitimate patrons properly.

Quite a few jewelers still don't have alarm systems certified by Underwriters Laboratories, so IoT applications indicate drastic changes when it comes to alarms. 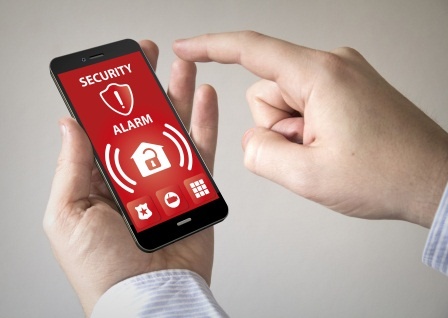 In July 2016, AT&T announced that they had planned to pilot their CAT-M1 network technologies in San Francisco in November, with commercial availability in 2017.

This will result in:

These benefits would be especially beneficial to businesses with multiple locations and those who plan to expand in the future.

While being on a network like this isn't essential for most jewelers, it's important to note that AT&T did sunset their 2G networks at the end of 2016. UL certificates now require 3G or better network usage to remain compliant, but if your alarm and alarm service company aren't UL certified, you might be using a network that doesn't even work.

If that applies to your business, you have some other question to ask about alarms before thinking about the next big thing.

A safe that's rated by Underwriter's Laboratories (UL) as TRTL-30x6 means that regardless of its spec sheet, it will be able to withstand tools and torches for 30 minutes on all six sides of the container. This is the highest rating the UL offers for a certified safe.

But what if a safe was constructed in such a way and with a special material that it could hold up against an attack for much longer duration? That could be a reality if the material known as graphene becomes commercialized. 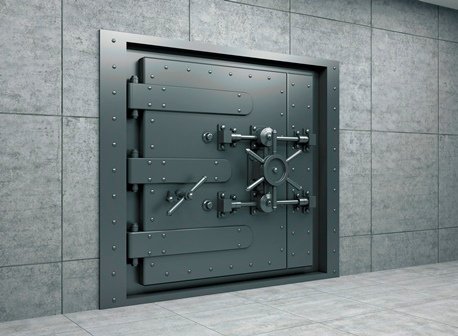 Graphene is basically a single molecule sheet of carbon atoms that's pliable (like rubber), can conduct more than a thousand times the amount of electricity than copper, and possesses amazing strength and durability.

It's properties were first discovered in 2002, but since then, scientists have been unable to turn these 2-D molecular sheets into 3-D, useful everyday applications — until now it seems.

Researchers at the Massachusetts Institute of Technology (MIT) have created a structure that is 10 times stronger than steel, but only 5% as dense! The team at MIT believes the geometries of this configuration could help graphene become a substitute for steel and concrete, which might eventually have applications for the construction of safes, as well as other infrastructure designs.

You're definitely right, Andrew - great catch! We debated which safe to use as an example and didn't adjust everything when 30x6 was decided on. Absolutely worth clarifying.

Effective Guard Patrol is a deterrent to robberies. We raise an alarm if a Guard misses his Patrol (in real time). This is a hands free solution (no gadgets to carry, no training required, doesn't use QR codes / bar codes / NFC tags).