Jewelers Mutual Group in the news

Jewelers Mutual Group adds new members to Board of Directors

John A. Green and Niveet Nagpal to join Jewelers Mutual Board

NEENAH, Wis. (May 18, 2022) – The Jewelers Mutual Group has announced the addition of two new members to its board of directors, effective May 18, 2022:  John A. Green, president & CEO of Lux Bond & Green and Niveet Nagpal, president for Omi Privé fine jewelry.

“We are thrilled to welcome John and Niveet to our board of directors. They bring with them extensive knowledge from the jewelry industry and a keen eye to the evolution of it.” said Scott Murphy, president and CEO of Jewelers Mutual. “We are fortunate to team with them as we continue to work towards raising the tide of the jewelry industry.”

“As Jewelers Mutual continues to diversify and grow its product offerings to serve an ever-changing jewelry industry, these dynamic members of our board provide the experience and energy to support the company’s current and future initiatives.” said Rob Reeg, chair of the board.

About John A. Green

For the past 30 years, John has served as president and Chief Executive Officer of Lux Bond & Green.  Today Lux Bond & Green, established in 1898 by John’s great grandfather, has five locations located in Connecticut and Massachusetts.

While passionate and active on a multitude of non-profit boards in his native Hartford, CT community, John has also been a stalwart within the jewelry industry as a past chair of the Gemological Institute of America, Jewelers of America, Jewelry Information Center (JIC) and the Gem Awards; he has also been a member of the boards of the Manufacturers Jewelers and Silversmiths Association (MJSA), and Jewelers for Children. John has been given the National Jeweler Hall of Fame Award, been a JFC Facet of Hope honoree, and received AGS Circle of Distinction Triple Zero and Life-time Achievement Awards. 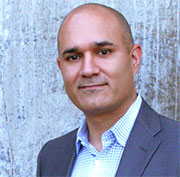 Niveet Nagpal serves as president for Omi Privé fine jewelry. He has deep history in the gem and jewelry industry dating back five generations. Niveet discovered a great passion for the loose gemstone business from his parents, Omi and Preeti, who established Los Angeles based Omi Gems in 1985. After earning a business degree from the University of Southern California and a G.G. from GIA in 1997, Niveet joined his father at Omi Gems. Niveet carries his family’s deep appreciation for the inherent beauty of gemstones and reputation for sourcing the world’s most valuable jewels. He also takes pride in creating award winning jewelry showcasing exceptional gemstones, he has been honored with over 40 jewelry design awards including 18 AGTA Spectrum awards.

Niveet is deeply committed to the education and integrity of the industry and has contributed his business knowledge to many trade publications and events. Niveet has served on several trade organization boards including the American Gem Society, American Gem Trade Association (AGTA), JCK LUXURY advisory committee, and past president of the 24K Club of Southern California. He volunteers as a career coach at GIA and is a participant in the GIA-Harvard Global Leadership Program.

If you have a media-related question, please email us at [email protected]

Jewelers Mutual was founded in 1913 by a group of Wisconsin jewelers to meet their unique insurance needs. Consumers put their trust in Jewelers Mutual to protect their personal jewelry and the special moments it represents. The Group insurers’ strong financial position is reflected in their 36 consecutive ratings of “A+ Superior” from AM Best Company, as of November 2022. Today, Jewelers Mutual Group continues to raise the tide of the industry by listening to what jewelers need and offering products and services that meet those needs. A suite of powerful solutions is offered that enables businesses to streamline and grow, run secure and successful operations, and bring them closer to their customers. The Group insurers are Jewelers Mutual Insurance Company, SI (a stock insurer) and JM Specialty Insurance Company. Policyholders of the Group insurers are members of Jewelers Mutual Holding Company. The Jewelers Mutual home office is in Neenah, Wisconsin, with other Group offices in Dallas, Texas and Miami, Florida. To learn more, visit JewelersMutual.com.