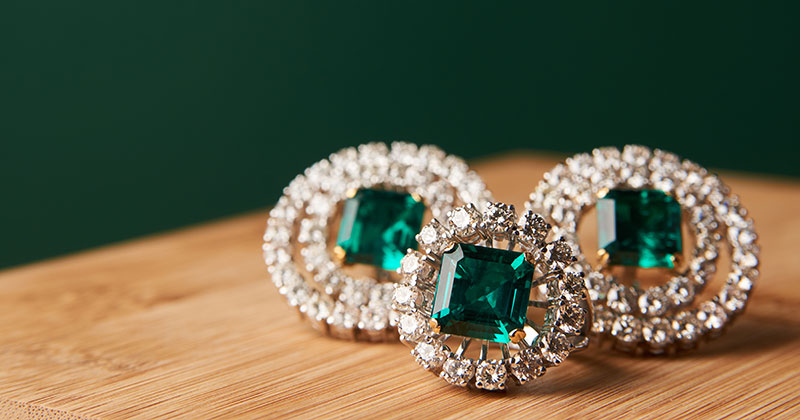 Ever check your horoscope? Then, you may have given thought to what your birthstone says about your personality, too.

Truth be told, your birthstone may reveal more about you than you think.

While most of us know that our birthstones represent the respective months in which we were born, we may not realize that these precious gems can tell a lot about us and are even known to have an effect on our wellbeing.

Throughout the ages, each stone is believed to hold special healing powers onto the wearer. So, since it's May, let's talk about May's Birthstone, the emerald!

May's birthstone is an emerald. Their beautiful green color, combined with their rarity, makes emeralds one of the world’s most valuable gemstones.

For over 4,000 years, emeralds have been treasured as a symbol of spring and immortality. Emeralds are also regarded as the gemstone that possesses the power to soothe the soul, improve memory and sharpen wit.

They also represent such personality traits as loyalty, faithfulness and love, as well as peace, harmony, and balance.

In other words, not a bad stone to be connected to.

It is believed that wearing emeralds bring wisdom, patience and growth. They’ve even been known to hold powers to tell the future. You know, if you believe in that sort of thing.

Legend has it that these gems would rest your eyes if you looked through them. Today, the color green is still known to relieve stress and eye strain. 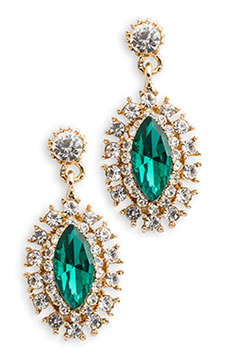 The May birthstone is also the gemstone for 20th and 55th wedding anniversaries. Since the emerald is known to represent eternity and commitment, it makes sense that it represents these anniversaries.

Own May Birthstone Jewelry?

According to the Gem Institute of America (GIA), you should avoid cleaning emerald jewelry with hot soapy water, and should never clean them with an ultrasonic cleaner. Instead, clean in room-temperature water and use a toothbrush to gently remove dust from behind the stone.

Want to learn about the other birthstones? Check out our Birthstone Guide or download the PDF version!

Do you own emerald jewelry? Make sure it's insured! Jewelry insurance through Jewelers Mutual Group is affordable and covers everyday life, such as loss, damage and mysterious disappearance. Click the button below for a quote in less than a minute. No personal information is required.

There are so many benefits of an insurance policy through Jewelers Mutual, but don't just take it from us! Check out what our policyholders have to say.

This post was originally published in 2011 and has since been updated.