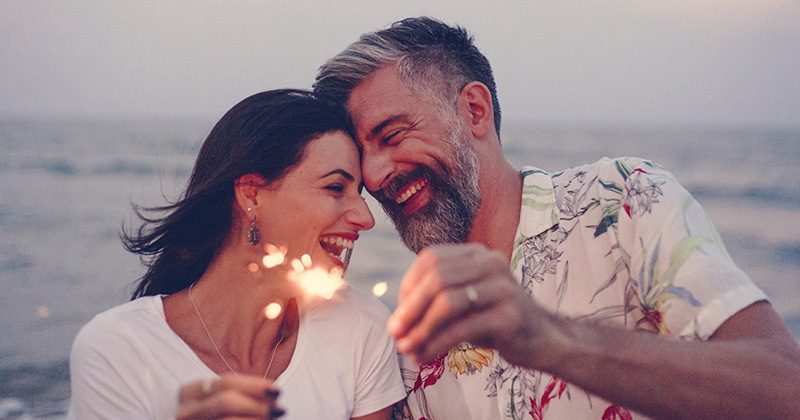 My, how time flies. Maybe it feels like you just got married and now you're getting ready to celebrate your first wedding anniversary.

That's how Jewelers Mutual Group's marketing specialist, Ben, felt. Being married is great, but has also proved to be a big adjustment for him. House hunting, joint checking, the in-laws, authority over the TV remote control. Where does it end?

Needless to say, Ben admitted to his fair share of blunders, or what he preferred to call “learning experiences” as a rookie husband. Ben knows that if there’s one thing a husband MUST NOT mess up is remembering the wedding anniversary.

What gift is appropriate for such a special occasion? What object could possibly represent the significance of such a special event and serve as a timeless reminder of the vows they made that day?

Gemstone jewelry has been given as an anniversary gift dating back to medieval times. In 1922, Emily Post, a bestselling author of several books on etiquette, published a complete list of suggested wedding anniversary gems. Over the years, the list of anniversary gems has grown and is now endorsed by several major gemology associations.

Take a look below at the complete list of anniversary gemstones recognized by leading jewelry associations.

Do you have any anniversary jewelry? Make sure it's insured! Jewelry insurance through Jewelers Mutual is affordable and covers everyday life, such as loss, damage and mysterious disappearance. Click the button below for a quote in less 30 seconds. No personal information required.

Editor's Note: This post was originally published in 2011 and has been updated.